Our Story:  Thirty Years and Counting 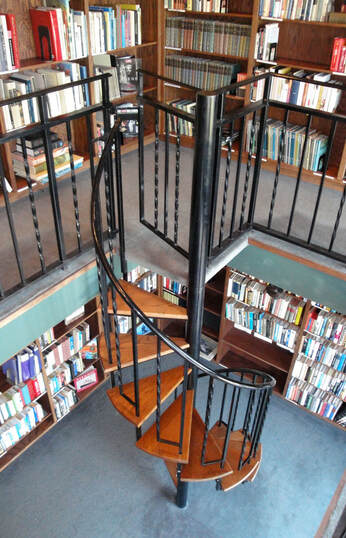 Even before the first residents moved to Coffman in August 1986, the Library was taking shape.  Each resident had been encouraged to donate up to 40 books to the collection.  Library Committee chair, David Thompson, unpacked hundreds of books, sorted, evaluated, and categorized them.

Ned Stanford
Perhaps no one resident contributed more than Ned Stanford, retired director of the University of Minnesota Libraries.  On becoming chair in 1993, Ned and the committee had to grapple with a Library bursting at its seams.  Just as weeding makes for a healthy garden, judicious weeding of worn, dated and/or little-used books makes for a healthy and useful library.  Wisely, Ned obtained 1666 Board approval for a program of ongoing Library weeding.   Weeded books today are offered to residents at nominal prices on our third-floor Book Cart.  Unsold items are donated to various organizations’ book sales in support of worthy causes.
“to provide a collection in which most residents can always be sure to find something interesting and enjoyable to read whatever their tastes may be”

Thirty-plus years ago who would have imagined the entertainment choices now competing for our leisure time? Today many of us are reading, viewing, and listening with iPads, Kindles, and smartphones. Nevertheless, based on the number of books borrowed from our library, print remains an enduring and popular format. Today's Library Committee believes that the Committee's original goal--“to provide a collection in which most residents can always be sure to find something interesting and enjoyable to read whatever their tastes may be”—continues to serve our community well.

Current residents still share their treasured books with others through their generous donations. Our gem of a library offers us all a retreat for reading and quiet reflection, and the opportunity to share the pleasure of reading with each other.

Update of an article originally published in the 25th Anniversary issue of the 1666 Coffman News.